The new image reflects the new company’s focus for innovation: “Turn your dreams into apps!”

Madrid, 24, February, – King of App, the WordPress of mobile apps, allows users to create quick and simple mobile applications with total control over the creation process, starting a new phase on becoming a internationalized company. Through rebranding its image, King of App achieves a change that moves to bring about new values to the brand that promote that democratization of mobile applications.

Xavier Barata, the CEO and founder of the company, says the renewal has the purpose of “giving vitality, dynamism, and life to the company image”. The new logo reflects the open source platform’s expanding, exclusive and versatile offerings to its developers.

After receiving more than 2 million euros subsidy and support from the H2020, King of App has decided to move forward with a new corporate look that goes hand in hand with a new webpage with much more intuitive and more user-friendly utilization.

Additionally, the company is attending the Mobile World Congress in Barcelona (world’s largest exhibition for the mobile industry), which will be held between February 27th and March 2nd. King of App will showcase to new users how they can “turn their dreams into apps” without the need of any background knowledge in app development. The company will hold a booth at the upper Walkway Stand 8.1 UP 12, and also at the 4YFN event at stand number D 1.5.

About King of App

King of App started on January 2014 in response to the necessities of various professionals in the web sector, publication and marketing. These professionals encountered difficulties producing mobile technology due to projection costs that were too high for their clients and wanted to find a better solution.

For that reason, King of App creates a unique technology that changes the world of apps and the engagement towards marketers and users. It has been developed with the objective to create apps that totally personalize it into a simple, quick and economical way.

Try it yourself here 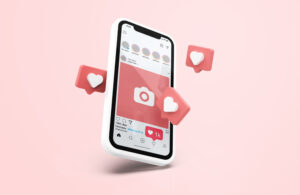 Previous
Next
PrevPreviousKing of App undertakes internationalization by launching its new corporate identity
NextAndalucia is digital: “Creating mobile applications without knowing how to program is possible, do you know how?”Next